Shahriar received his Ph.D. in Biomedical Engineering from Amirkabir University of Technology (Iran) in 2007 with specialization in drug delivery systems mainly for breast cancer treatment. He further specialized in polymer chemistry and obtained his second Ph.D. from University of Groningen (The Netherlands) in 2012 with a focus on polymeric biomaterials and their application for repair of degenerated interverbal disc. Thereafter, Shahriar has worked in a number of academic and industrial positions. Within his career, he has worked as post-doctorate scientist and researcher at Radboud University of Nijmegen (The Netherlands) and University of Twente (The Netherlands) in Bio-Organic Chemistry and Biomaterials departments, respectively. His research interests within last decades include synthesis and characterization of biodegradable polymers for various medical and tissue engineering applications including tissue adhesives and sealants, medical elastomers, biomedical hydrogels, biomedical nanocomposites, resorbable shape memory polymers, nanomedicine, and photocrosslinkable resins for 3D printing. Shahriar has also experience in medical device industry and has worked for a number of medical device companies as senior research and development scientist. He has been involved in development of high-risk medical devices such as surgical adhesion barriers and hemostats using resorbable polymer technology. In his recent experience he has worked as medical device expert for British Standard Institute (similar to FDA for medical device regulations in Europe). Shahriar is married and has two kids. In his free time he enjoys recreational swimming, gastronomy, and horticulture. 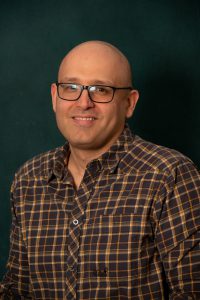